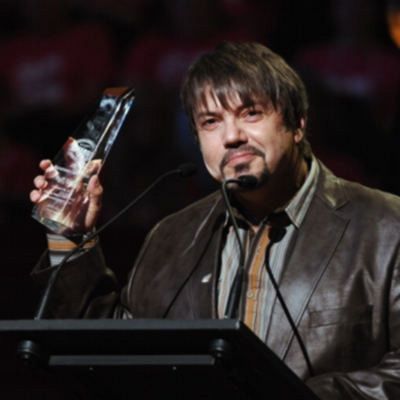 Two-fold in significance for Jeff Bates, the recognition is befitting. Having overcome a series of life trials and tribulations that seemed to arrive one-after-the-other (including drug addiction and recovery), it is Jeff’s spirituality, faith and his music that helped him to rise above and revisit his life events with a sense of direction and purpose. Jeff Bates has become a man of conviction in spoken word and sung melodies—his voice with authority and honesty. Rather than use his past as an excuse, he relies on it to inspire and motivate others.

"I've been clean and sober for more than 10 years now," Jeff Bates said. "I believe my role, and what Jesus wants me to do in my life, is to share with others what I have learned in mine and this honor is icing on the cake to affirm my message and music is making a difference. I'm moved and humbled. The ICM honor is a great way to close an already incredible year."

A self-made spiritual counsel, Jeff travels to schools, churches, corporate events and prisons to share his insight on difficult topics such as abandonment and adoption (a story Jeff knows well), addiction, bullying, self image, self motivation, divorce and overcoming obstacles. Jeff was “spokesperson of choice” selected by the Tennessee State School Resource Officer’s Board in 2008 and 2009 to speak before the students in Middle, Junior High and Senior High schools across the Volunteer state. He is currently a spokesperson for Compassion International (a child sponsorship ministry); as part of his allegiance and commitment to the organization, he recently spent a week in South America exploring the needs of several villages.

Jeff Bates has been a chart-topper since his first entry into the country music arena. Making a life-long impression on country radio and its listeners, he has seven hit singles to his name on the Billboard country charts including "The Love Song" (at No. 8), "I Wanna Make You Cry" (No. 23) and his signature song, "Long, Slow Kisses" landed at No. 17.

Bates introduced his artistry with his debut album entitled RAINBOW MAN (RCA Records/2003). His sophomore RCA project, LEAVE THE LIGHT ON, was released in 2005. Bates signed with independent label, Black River Music Group, in 2008 to release his self-titled album. His latest EP, ONE DAY CLOSER, was released through Black River earlier this year (May 2011) and features the single “He Wasn’t Like Us,” currently at radio.