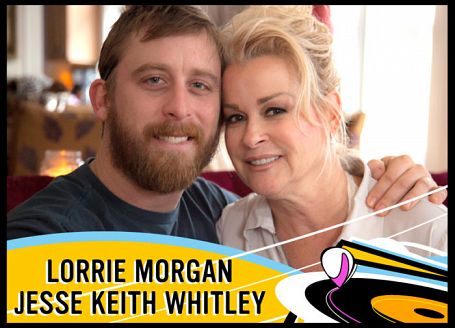 In our first edition, we head to Nashville and sit down with the country music star, Lorrie Morgan.  The daughter of Country Music Hall of Famer George Morgan, Lorrie was encouraged by her famous father and made her mark early on, singing at the Grand Ole Opry when she was just 13 years old.

With three #1's and numerous hits over the years, Lorrie has eclipsed her famous daddy in many ways, who died of a heart attack when she was just a teenager.  But her life off-stage is almost as well-known as that velvety voice, which has wowed Opry crowds for three decades.

Married six times, including a romance with the late country music great, Keith Whitley, Lorrie shares touching stories about losing the love of her life to alcohol addiction and how she soldiered on for her kids, herself and ultimately for the fans who she still plays for today.

In this episode, Lorrie weaves spectacular stories, singing snippets of her greatest hits while leaving the room in stitches with her wild sense of humor.  Joined by her son Jesse, she still sings with a lot of emotion and joy.  She'll make you laugh; she'll make you cry; sometimes all at the same time.

Our host, Robert K. Oermann, and the series producer, Brad Newman, set the course for this journey, which promises to be a fun ride.