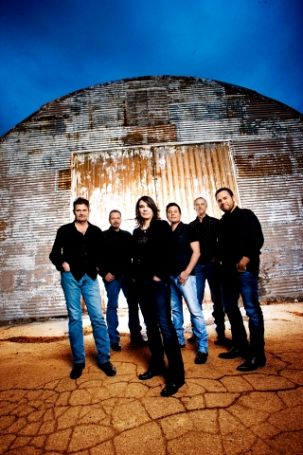 Nashville, TN --- Multi-award-winning band, The Grascals, will perform at the Smithsonian Institution’s National Museum of the American Indian on January 21st at 7:00 p.m. for a celebration of the Inauguration of the President of the United States.

The Native Nations Inaugural Ball will feature music, dancing and native cuisine. Funds raised will support the educational programs of the National Museum of the American Indian.

Located on the National Mall in Washington D.C., the museum is one of three facilities operated by The National Museum of the American Indian. It offers exhibition galleries and spaces for performances, lectures and symposia, research, and education.

Master of Ceremony for the event is Native American actor, Chaske Spencer, who has appeared in numerous films including The Twilight Saga, as werewolf Sam Uley. Other performers include the Murray Porter Band, Martha Redbone, Gabriel Ayala and Gerry Barrett.

Jamie Johnson, founding member of The Grascals, is a proud member of the Aamjiwnaang (Chippewa) First Nation of Sarnia, Ontario, where his cousin, Christopher Plain, serves as tribal chief.

“I am proud of my Native American ancestry and so honored for the Grascals to be a part of the Inaugural events,” Johnson says. “Native communities, past and present, are rich in cultural history and diversity. It is poignant for Native Nations to join together in celebrating the inauguration of our 44th President.”

The Grascals are nominated for a Grammy Award for Best Bluegrass Album for Life Finds A Way (Mountain Home Music). The Grammy Awards air on CBS February 10th.

For additional information about the National Museum of the American Indian Inaugural Ball, contact NMAI@linderassociates.com or 202-459-0868.

For more on The Grascals, visit www.Grascals.com