Alabama Entertains CMHoF and Museum Members At The Big Gig 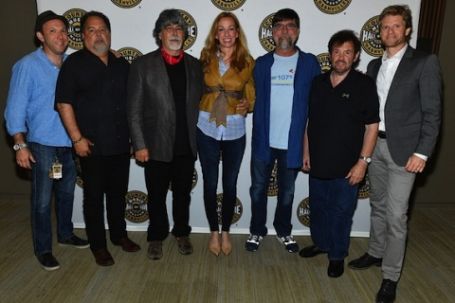 Free for museum members, the show featured a performance of the band’s hits and an exclusive Hatch Show Print poster made especially for the occasion.

The concert supported their upcoming Country Music Hall of Fame and Museum exhibit, Alabama: Song of the South, which opens August 26. The exhibit will trace the musical beginnings, the challenges, and the successes of the band.

Alabama was inducted into the Country Music Hall of Fame in 2005. They released their latest album, Southern Drawl, on BMG in 2015.