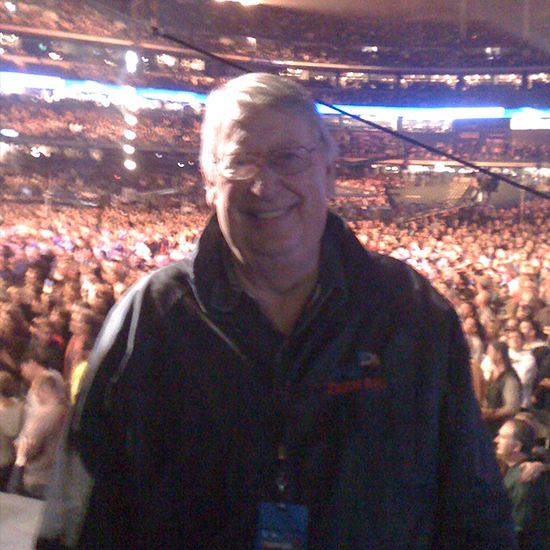 Mike joined the Conway Entertainment Group in December 2009.  He comes from a background of over 32 years experience in the Entertainment and Hospitality Industries.

He started in the industry in 1978 as the Box Office manager for the Illinois State Fair, and within a year was promoted to the position of Entertainment Director where he was responsible for booking all entertainment for the fair from the novelty acts, to the main concerts in the Grandstand. During his tenure there he booked many major artists from all genres of music, including: The Beach Boys, Willie Nelson, George Jones, Joan Jett, Hall & Oates, The Chicago Symphony Orchestra, Garth Brooks, Gallagher, Richard Simmons, REO Speedwagon, Bob Dylan, Waylon Jennings, Neil Young, Night Ranger, Charlie Daniels, etc.

In addition during his tenure he hosted and coordinated 2 presidential visits (Ronald Reagan & George H Bush.  Also, during the fair in 1985, the concept for the first Farm Aid Concert was developed after a Willie Nelson show, when the Governor of Illinois met with Willie on his bus.  Three days later he was part of a press conference officially announcing the First Farm Aid Concert and then took a leave of absence to move to Champaign Illinois to serve as the onsite coordinator for that historic event which took place 6 weeks after the concept, at the University of Illinois football stadium with 55 touring acts & over 100,000 fans.  This started an annual tradition that continues to this day with the 25th Anniversary on 10-02-10 in Milwaukee WI.

During the planning of Farm Aid, Mike was also involved in the negotiations and purchase of the privately owned DuQuoin State Fair in Southern Illinois, and was then promoted to the position of Manager of the DuQuoin State Fair, while still performing all the duties of Entertainment Director at the Illinois State Fair.  During his Tenure there he continued booking major artists such as Willie, Beach Boys, White Snake, The Chicago Ballet, Garth Brooks, Ricky Van Shelton, Alabama, Judy Tenuta and many more. During this time he received Performance Magazine awards for Fair of the year in Springfield, and Fair Manager of the year in DuQuoin.  While in DuQuoin he hosted another Presidential visit with President Regan in July of 1988 for the National Drought Relief Message.

After moving to Nashville in 1995 he began working for Gaylord Entertainment Company where he worked for both the Opryland Theme Park until it closed at the end of 1997, and the General Jackson Showboat, until joining Conway Entertainment Group.  During this time frame 1995 -2010 he organized and coordinated major corporate entertainment events on the General Jackson Showboat, and assisted in the production and coordination of numerous private events & festivals such as Farm Aid, Grand Opening of Country Crossing Casino & Entertainment complex, & the BamaJam Music and Arts Festival.