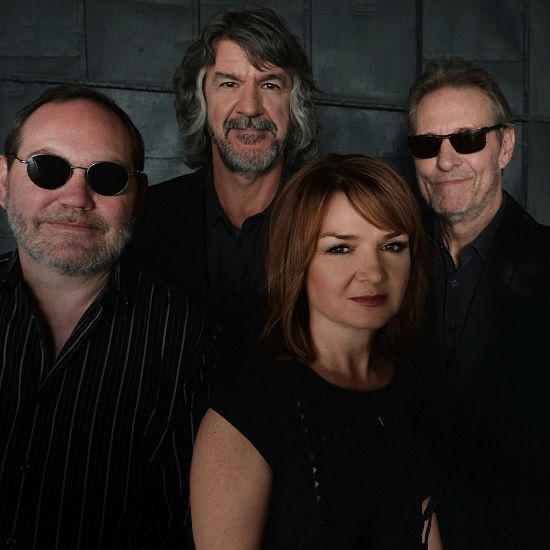 Nashville, Tennessee is a nexus – a point where tradition and innovation intersect, where commerce collides with art.It may be the only town around where salaried songwriters and full-time session musicians are as common as accountants and schoolteachers. Music is the product, and the factories line the street, from the swank Music Row mini-high-rises to the low-slung Sylvan Park bungalows. And only Nashville could give birth to a band like the SteelDrivers: a group of seasoned veterans –each distinguished in his or her own right, each valued in the town’s commercial community – who are seizing an opportunity to follow their hearts to their souls’ reward. In doing so, they are braiding their bluegrass roots with new threads of their own design, bringing together country, soul, and other contemporary influences to create an unapologetic hybrid that is old as the hills but fresh as the morning dew. This is new music with the old feeling. SteelDrivers fan Vince Gill describes the band’s fusion as simply "an incredible combination."

Since the release of The SteelDrivers (2008) and Reckless (2010), The SteelDrivers have been nominated for three Grammys, four IBMA awards and the Americana Music Association’s New Artist of the Year. They were presented the International Bluegrass Music Association’s award for Emerging Artist of the Year in 2009. That same year the band spent a week in Georgia as part of the cast in the movie "Get Low". The movie, that starred Robert Duvall, Sissy Spacek and Bill Murray, featured a soundtrack that included four tunes by The ‘Drivers. In 2011 the English pop star Adele began performing the SteelDriver song "If It Hadn’t Been For Love" in her live performances. Her opinion of The SteelDrivers is: "They’re a blues, country, bluegrass, swagger band and they are brilliant." They have been invited to perform on numerous radio and TV shows ranging from The Grand Ole Opry to NPR’s Mountain Stage to the Conan O’Brien show.