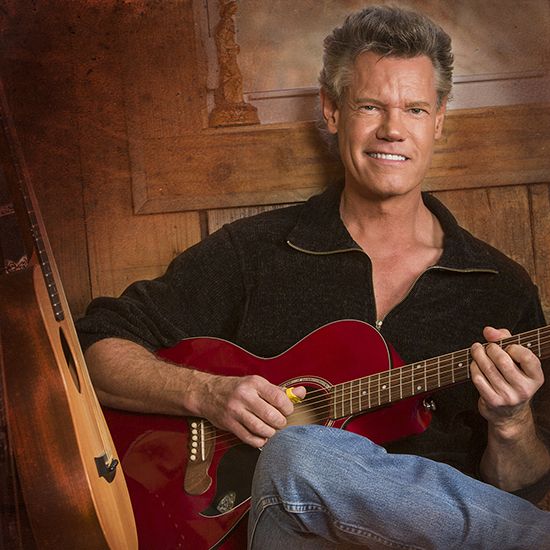 Very few figures in Country Music stand out as signposts along the way, the trendsetters who fearlessly predict and influence the future of the genre. Randy Travis is one of these performers and his impact still reverberates in the modern-vs.-traditional ebb and flow of popular trends.

Blessed with a voice straight from the church altar, Travis immediately reminded fans of Country Music’s roots when his songs came to popular attention for the first time in the mid- 1980s after years of rejection. A soothing salve in the aftermath of “Urban Cowboy,” Travis’ voice helped launch the corrective Neotraditionalist movement with heartfelt Country and gospel songs that sounded so earnest and honest because it turned out the North Carolina- born singer had lived those hard times and sometimes found the redemption he sang about.

Born Randy Traywick on May 4, 1959, in Marshville, N.C., Travis grew up on a rural farm and began performing as a child with his brother Ricky as The Traywick Brothers. Travis often clashed with his father and dropped out of school, getting into scrapes with the law that continued until he won a Country Music singing contest at a club in Charlotte.

Travis moved to Nashville in 1982 to pursue a recording deal. He was hired at The Nashville Palace to sing and cook. After initial failures in North Carolina and Nashville – Travis says he was turned down by every label in town at least once for being too Country – the singer recorded Live at The Nashville Palace and he got a deal with Warner Bros. Records where he was championed and signed by Martha Sharp.

Travis’ first single, “On the Other Hand,” barely registered on the charts in 1985, but the next, “1982,” rose to the Top 10. Warner Bros. re-released “On the Other Hand” and it quickly became Travis’ first No. 1 single, beginning a run of 10 out of 12 chart-toppers. The subsequent album Storms of Life was the first of six straight Platinum certifications for sales in excess of 1 million units and announced Travis as an exciting new voice. He would win the Horizon Award for best new artist at that year’s CMA Awards.

With his next four albums – Old 8x10, No Holdin’ Back, Heroes & Friends, and High Lonesome –Travis would go on to have 16 No. 1 songs, charting more than 50, and selling more than 24 million albums. The singer pursued an acting career in the 1990s and scored several major motion picture and television roles, including “The Rainmaker” with Matt Damon and a run of several “Touched By an Angel” episodes.

Travis turned primarily to gospel music around the turn of the century, giving his career an unexpected boost with the release of iconic single “Three Wooden Crosses” in 2002. The song went to No. 1 on the Country and Christian charts and was the 2003 CMA Awards Song of the Year. Travis earned eight Platinum certifications and four Gold records in his career and is one of Country’s top-selling artists.

The 56-year-old singer’s public performance career was put on hold in 2013 when Travis, who was then living in Texas, suffered a stroke as a result of a viral infection in his heart. With doctors telling the family that hope was virtually lost, he has fought back harder than ever and is now able to walk. His speech and singing continue to improve with hopes of being back in front of his loyal fans one day soon.

He is currently living on his ranch in Texas with his wife Mary Davis-Travis, where he continues physical rehabilitation and has been making special appearances around the country. In May of 2019 Randy released his memoir, "Forever and Ever, Amen: A Memoir of Music, Faith and Braving the Storms of Life" with Ken Abraham. The long-awaited, deeply personal story of one of American music's greatest icons, a remarkable tale of the utmost heights of fame and success, the deepest lows of life's sorrows, and a miraculous return from the brink of death---told as only Randy Travis can.